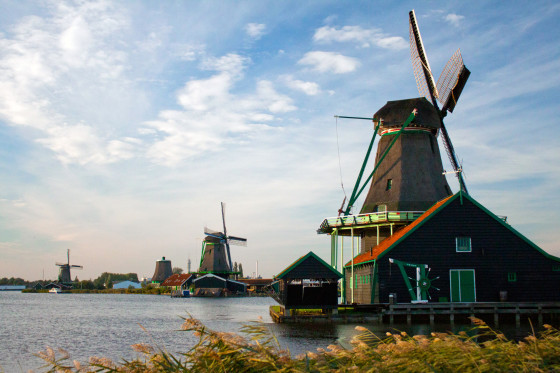 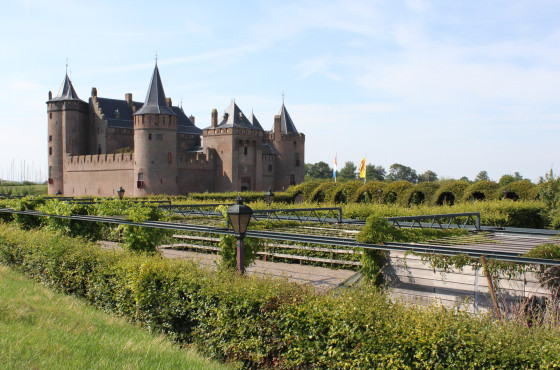 The Muiderslot castle near Amsterdam 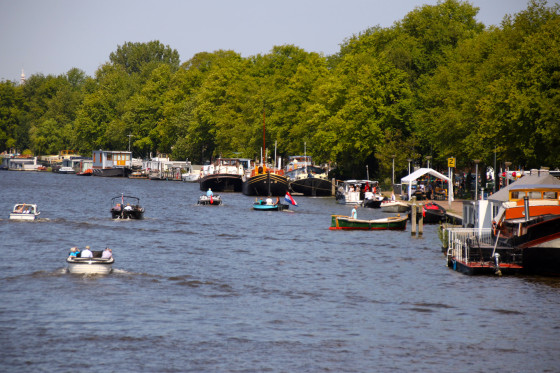 Boats along the Amstel River in Amsterdam